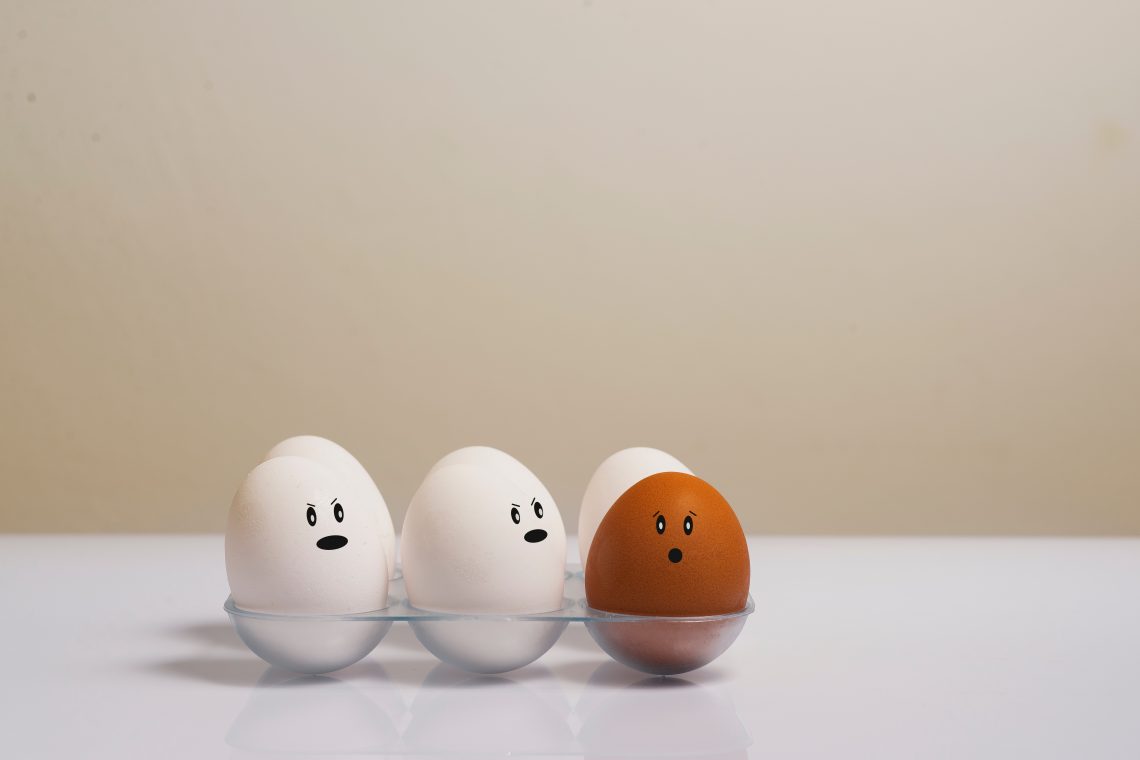 Hi again, thanks for coming back!

This post is adapted from a  Q&A video I did on my YouTube channel, and it’s Part 3 in a series. You can read Part 1 here. You can’t read Part 2 yet, because… y’all. Just…never mind why. But I’ll link it when it goes up.

If watching is better than reading for you, you can follow this link to see the video. But I’d encourage you to check out both, because the nature of text versus video allows me to cover things in different ways.

So today we’re going to cover the question: 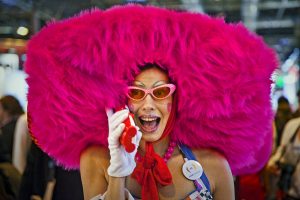 This is actually an important distinction, because being different is what makes people awesome! If you’re just worried about whether you’re weird (or if other people are gonna think you’re weird), screw them! Everybody is weird. There’s nothing wrong with being weird. It doesn’t mean you’re broken, and it doesn’t mean you need fixing.

ADHD traits don’t necessarily mean you have a disorder if they’re not causing you a problem. If your traits aren’t interfering in your relationships, your goals, and your quality of life?

So, to break this down, we’ll look at two different aspects:

What is a developmental or behavioral disorder?

If you google this question, you’ll get about 70 thousand hits. Some of them are general summary information from medical associations or journals. Some of them are criticism and arguments between psychiatrists who can’t agree on how to define it. And some are articles from doctors who don’t believe that behavioral disorders exist at all!

But we know that a disorder is when your brain and emotions are causing you problems.

In the video, I quote a medical definition of a “disorder” from the National Institutes of Health. Since then, a new definition was approved in the DSM 5 (the Diagnostic and Statistical Manual of the American Psychiatric Association). The update defines a disorder as:

“…a syndrome characterized by​ a clinically significant disturbance in an individual’s cognitive, emotion regulation, or behavior that reflects a dysfunction in the psychological, biological, or developmental process underlying mental functioning. Mental disorders are usually associated with significant distress in social, occupational, or other important activities.”

Now, that’s an important change for the psychiatric community as a whole. But for our purposes here, we’re trying to get a clear picture of the line between being unusual and having a problem. That new language is really vague, and not particularly helpful for us in this context.

For our purposes, I’m going to look at the previous definition. As described in the DSM-IV, s a disorder is

…a clinically significant behavioral or psychological syndrome or pattern that occurs in an individual and that is associated with present distress (e.g., a painful symptom) or disability (i.e., impairment in one or more important areas of functioning) or with a significantly increased risk of suffering death, pain, disability, or an important loss of freedom.

Okay, let’s deal with that last one first because that’s pretty serious. 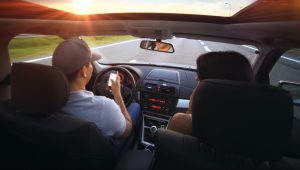 Some people with severe cases of ADHD have serious problems with impulse control. They may have risky behaviors like:

Those types of problems can be associated with severe ADHD, but usually people who are having problems of that depth often have other issues going alongside it. So the ADHD may complicate some other underlying problem, or it may put them at risk for things like substance abuse. Risk of death or loss of freedom are not usually associated with most cases of Adult ADHD, but I just wanted to put it out there — that definitely would put you in the realm of a disorder.

If you feel like your behavior is risky and out of control, stop reading this blog post! Go call your doctor right away. Don’t hang around here if you’ve got problems that serious. You deserve better. You deserve to be taken care of. 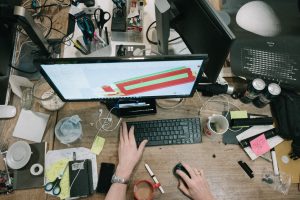 For the majority of people with ADHD, the the disorder aspect is that it causes them distress and disabilities in important areas of life function. They may have:

If you do feel like your symptoms rise to the level of a disorder, and they’re causing you problems with the things that you want to accomplish there’s help for you! Stick around, because in Part 3 we’re gonna cover how to talk to your doctor, and be sure to check out this post on three things you can do to help yourself today.

So how does Adult ADHD affect us differently then it affects kids?

About 10% of elementary school kids and about 13% of teenagers in the United States have a medical diagnosis of ADHD. About 4% of adults have a current diagnosis of ADHD. But according to the National Institute of Mental Health, up to eight percent of adults actually have ADHD.

So that gives us some very interesting numbers. It shows that some kids seem to grow out of the disorder aspect and some adults who had ADH traits all along never got diagnosed with that final “D” for a disorder.

So what’s going on? If ADHD comes from different wiring in your brain, why would more kids have it than adults do? Like any health issue, greater awareness and changes in the way it’s diagnosed make a difference. But aside from that, the gap comes down to  three factors: adaptation, context, and physical changes. 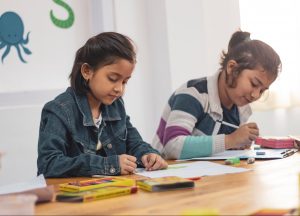 Kids with ADHD learn coping skills. I mean, that’s part of the intervention that kids get in school — they learn strategies and techniques to manage their ADHD symptoms so they don’t cause a problem. As they grow up, they apply those techniques to their lives. Some kids can learn to manage their ADHD behaviors successfully without medication. If their symptoms don’t get in their way anymore, they don’t need to get help for it. So by the medical definition, they no longer have a disorder.

Another possible explanation is context and choice. Everybody has a slightly different mix of ADHD symptoms. And different symptoms show up in different contexts.

ADHD traits like physical restlessness or blurting out your thoughts can be an issue in one context, but perfectly acceptable in others. Other traits like daydreaming or difficulty being on time might not get a schoolkid in serious trouble, but can cause big problems for grownups.

There are certain things we expect kids to do in school, that can be hard for kids with low impulse control or who have trouble remembering instructions:

As an adult you get to make a lot of decisions about your career and your circumstances that kids don’t get to make. There are a lot of very satisfying careers that don’t look much like school at all. So if you’ve created a lifestyle for yourself that doesn’t involve having to be quiet, stand in line, and sit in a chair for seven hours a day, your ADHD symptoms might not be causing you a problem.

On the flip side, there are a lot of things children are not responsible for that adults have to do. Children don’t have to:

…and a thousand and one “adulting” tasks that are difficult for ADHD’ers to manage. As an adult, if you have trouble deciding what’s the most important thing to do first, finding important paperwork, or sticking to a schedule, you’re going to have problems! 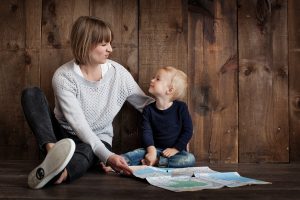 The third factor is related to physical differences as kids grow. ADHD is a neurodevelopmental disorder – it’s about the way your brain grows. Some kids are just late bloomers! As their brain develops, they may grow into skills and abilities they didn’t have when they were younger.

There also appear to be physical changes in your life that can cause ADHD symptoms, or make them more intense, like sleep deprivation, puberty, or perimenopause. Other changes, like pregnancy, can lower your symptoms and improve your executive functions.

So as your body and your brain change over time it could help your ADHD symptoms get better so that they aren’t causing distress or dysfunction anymore. Or physical changes could  tip you over the edge into having a disorder where earlier in your life you may have just been a little bit different.

Everybody has strengths and weaknesses. There is a certain collection of strengths and weaknesses called ADHD, which come from differences in the way your brain develops. You can have a brain hard-wired with ADHD traits, without having Attention-Deficit Hyperactivity Disorder. The term “disorder” is a medical label for problems functioning in your life.

If it’s not causing a problem, it’s not a disorder. If it is causing you problems in more than one major life function (like school, work, relationships, your finances, or taking care of your home and your health), then your symptoms are causing a disorder.

ADHD affects both children and adults, but in different ways. Some children develop executive functions later than their typical peers, and more or less “grow out of” the disorder. Others adapt to their traits with learned skills or by making life choices that work with their strengths. Physical or hormonal changes can also increase or decrease your symptoms.

Remember, your diagnosis (or lack thereof) doesn’t define you. Your symptoms don’t define you. You can do anything you set your mind to, and you don’t have to do it alone. Your differences are what make you awesome!

This is the third and final post of this series. And yes, I did wind up publishing them out of order.

BECAUSE I HAVE ADHD. GET USED TO IT.

In Part 1 we covered:

And in Part 2 we’re going to cover:

I hope these posts are helpful to you. If they are, please share! There are supposed to be share buttons along the bottom of every post (please leave a comment or email me through the question page if not.) 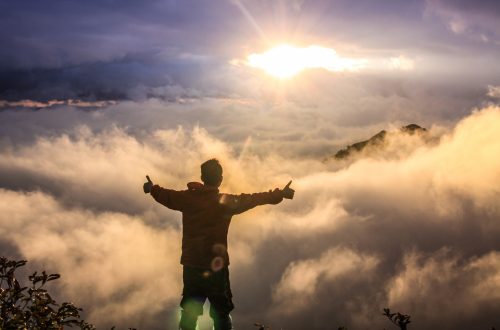 Do These 3 Things Today to Help Your ADHD Symptoms 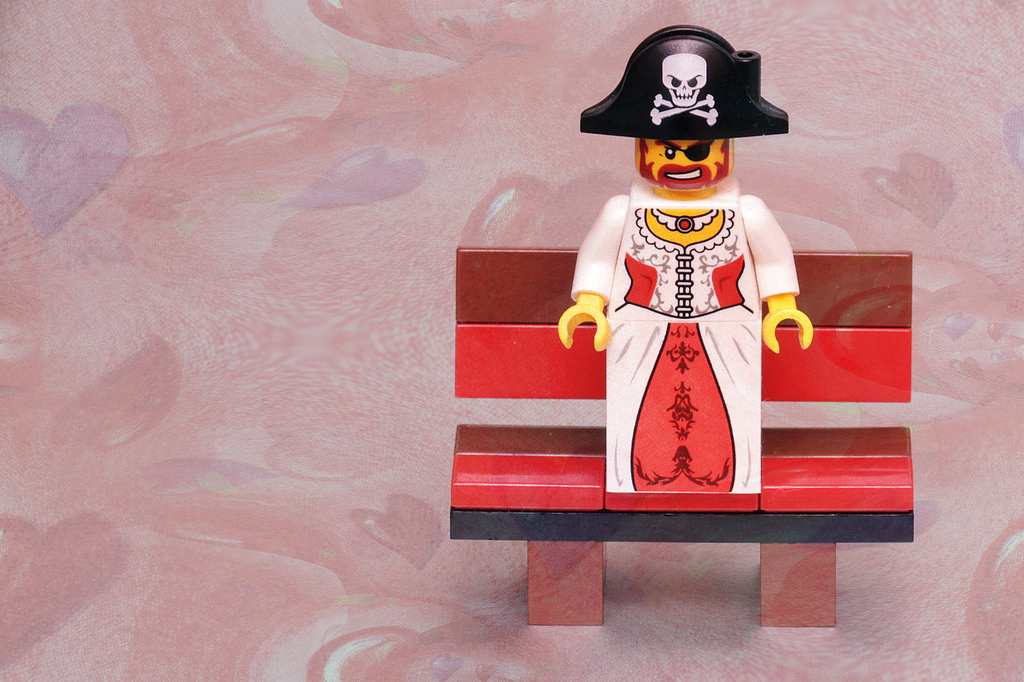 The Best Way to Discover if You Have Adult ADHD? Just Be Yourself!